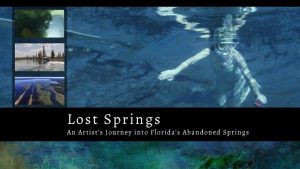 The 8th Annual Fort Myers Film Festival takes place March 21-25, 2018. Among the more than 90 films that will be screened during the festival’s five-day run is Lost Springs, a 40-minute Matt Keene documentary that follows artist Margaret Ross Tolbert as she experiences a collection of freshwater Florida springs normally inaccessible due to a dam.

Matt Keene is an award-winning filmmaker and journalist based in St. Augustine, Florida. He focuses on environmental and social justice issues, particularly those affecting his home state of Florida. Keene has been published in Coastal Living Magazine, The Florida Times-Union, the Earth First! Journal, and the Flagler College Gargoyle.

In 2016, Keene was honored as St. Johns Riverkeeper’s

2015 Advocate of the Year. In 2014, his investigative article “State Road 313 threatens St. Augustine’s Twelve Mile Swamp” received a Society of Professional Journalists’ Mark of Excellence award in the Southeast region for In-Depth Reporting. Keene’s multimedia project, River be dammed–a 17-minute mini-documentary and 10,000-word investigation on the Kirkpatrick (Rodman) Dam in north-central Florida, went on to wide acclaim and awards.

Keene’s filmmaking eye and physicality is informed by his experiences 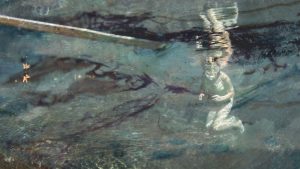 as a long-distance adventurer. In the latter regard, Matt has spent more than 16 months in a tent writing and raising awareness of environmental and social concerns, has hiked, paddled or bicycled more than 10,000 miles all together on long-distance journeys, and holds the title of being the first person to complete Florida’s 1,515-mile-long 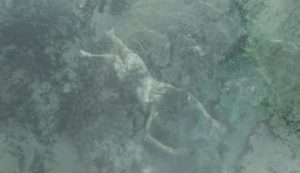 Circumnavigational Trail by sea kayak. He is regularly invited to speak and share his films and photography at environmental events, seminars, rallies and workshops.

You will have two chances to view the documentary during the Fort Myers Film Festival. The first is at the 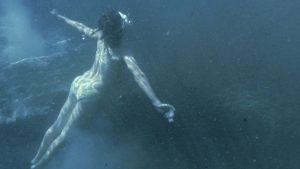